Nukada Brewery – Hitachino Nest Beer Brewing Base
With the latest brewing facilities, we are proudly offering high quality beer to over 50 countries around the world including U.S.A., in Asia, in Europe, as well as in Japan. 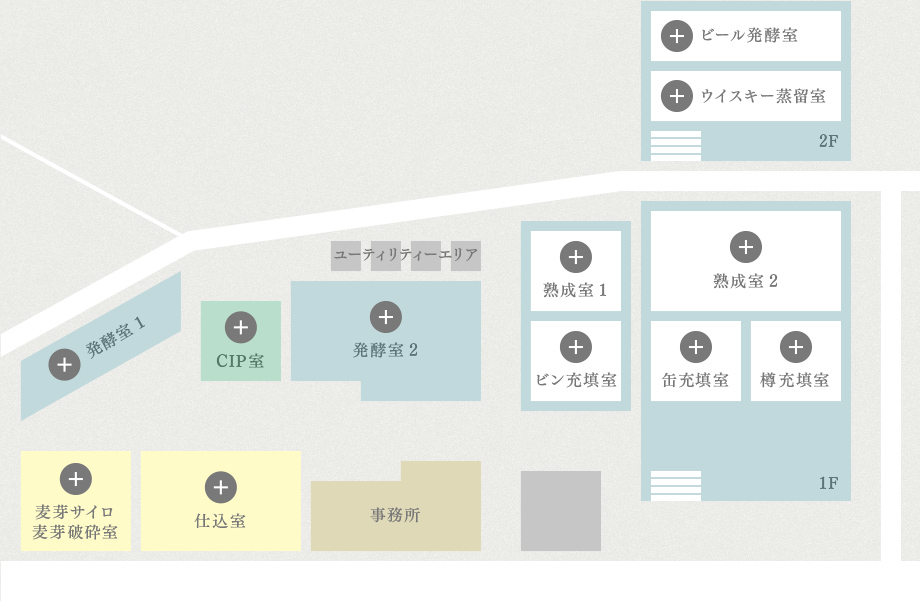 Brew House
The start of brewing and the place for making wort - the most important process of brewing. One batch of wort is about 6,000 liters (about 18,000 330ml bottles). Wort goes through saccharification, filtration, boiling and cooling over about 8 to 10 hours. 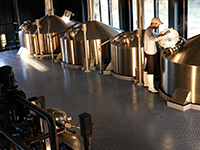 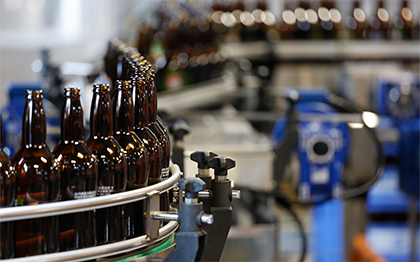 We expanded with the latest brewing equipment to meet global demands. We have also set a can production line.

Originally, beer was manufactured at the sake brewery - Naka-shi Konosu site, but in 2008, in order to respond to the global demand, a new beer brewery was established in Nukada. We have upgraded our facilities further and have established a system that can produce large quantities of stable quality. Up until now, it was only the production of bottled beer but we have now introduced the production of canned beer. In 2019 we aim to manufacture 3,000 KL per year and expect to be one of the largest craft beer breweries in Japan. 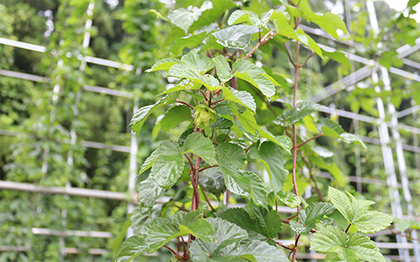 We have succeeded in cultivating hops beside the brewery. We are making it our challenge to brew a genuine Japanese craft beer.

Ingredients should all be from Japan. We harvested a true beer barley "Kaneko Golden" with the local farmers and created Nipponia, but it is now time for hops. Hop cultivation began in front of Nukada Brewery in 2015. In addition, we have made contracts with new domestic hop producers and started to create our own hops. A Hitachino Nest Beer made from 100% domestic ingredients may be released soon. 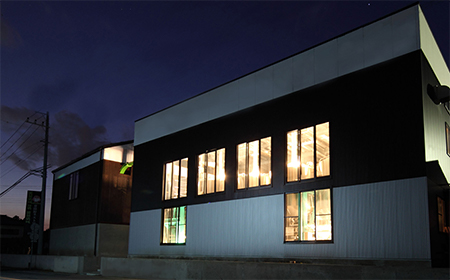 About 5 minutes by taxi from JR Joban Line Kamisugaya Station.

[From Mito]
Go on Route 349 toward Hitachiota and turn right at the "Sugi" intersection. Go straight for about 1km.

[From Hitachiota]
Go on Route 349 toward Mito and turn left at the "Nukadanishi" intersection. Turn right at the next intersection and go straight for about 700m.