In order for sake to be loved by new generations and people all over the world.
In order to progress with the local people.
In order for people to be able to have a little happy moment.
We think, create and keep moving forward.

“Haruichirin” is a sparkling, champagne-like Junmai Ginjo. A unique flavour and mouthfeel was created by secondary bottle fermentation. This is one of our unique brewing methods. Furthermore, we use airtight tanks used for brewing beer for sake storage, making it possible to sell unpasteurized sake all year round. We keep pursuing new sake in a way not confined to the old ways of sake brewing. 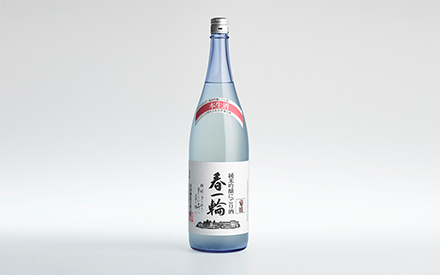 The Revival of "Japan beer"

It was in 1996 that a unique beer was born in our sake brewery. HITACHINO NEST BEER. This was our first challenge. We brewed with the genuine raw materials of Europe and the United States to produce beers of various flavours, but we had been hoping for a long time to produce a beer that was genuinely Japanese. So we revived the Japanese beer barley KANEKO GOLDEN which had faded out in 1950s. Using this Japanese barley, our Japanese ale "Nipponia" was created. 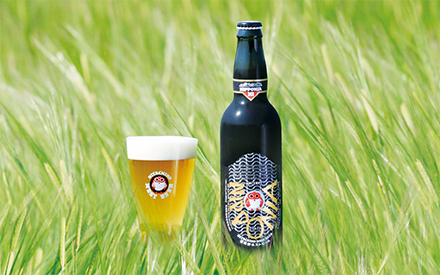 In addition to KANEKO GOLDEN, we succeeded in the production of new varieties of barley such as ASUKA GOLDEN. We will use the barley not only for beer brewing but also for our new whisky project. It is 100% domestic and locally produced. Using barley made together with the local people, Kiuchi Brewery's first Japanese Whisky can be expected around 2020. 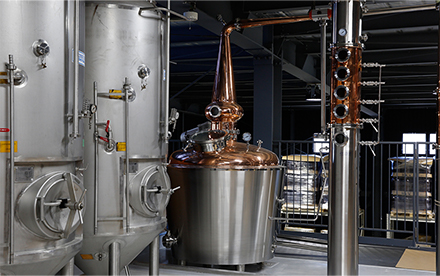 The History of Kiuchi brewery

In 1823, Giheibei Kiuchi who owned a barber in Kounosu village in Naka, began brewing sake. At that time, the Kiuchi family had been paying their annual taxes to the Mito-clan with the rice of farmers. He thought that sake could be brewed and sold instead of keeping the remaining annual rice in a warehouse. He bought sake brewing tools from a merchant of Aizu, Fukushima, and started brewing sake. The rice used at that time was 20 million koku a year. This translates as about 4,000 litres in production volume. It was the era of new thought and reform of the Edo period. In Mito, the thought of Sonno Joi (the principle of advocating reverence for the Emperor and the expulsion of foreigners) was flourishing, and its key person was Toko Fujita. Toko was on a good terms with the Kiuchi family since his father’s house was only a few hundred meters away from the house of Kiuchi, and was also the same age as Giheibei. In addition, the nephew of Toko was married to Giheibei’s sister and through this became relatives. Giheibei was a good friend with patriots who supported Mitogaku at that time, such as Kounsai Takeda of the Tengu party, and Saito Kanbutu, one of the masterpieces of "Sakuradamon Incident". With the meaning of supporting the people of the Sonno Joi, he decided to name his sake "Kikusakari."

The era has changed. In 1950 our former company president, Mikio Kiuchi inherited the family business as the heir to Kiuchi Brewery. It was a period of shortages after the war. Kikusakari sales flew left, right and centre. In this era, the Sanbai-Zojo-Seishu (sake tripled in volume by the addition of alcohol and sugar) was spread and cheap sake was produced in large quantities. However, Kiuchi always stuck to quality. We have been carrying out authentic brewing that does not include the addition of alcohol or sugar and making sake with only pure rice.
The heart is still inherited by each one of the Kiuchi members and we brew purely delicious sake.